EVERYTHING YOU NEED TO KNOW ABOUT THE FISHY SKIPPER AND CREW 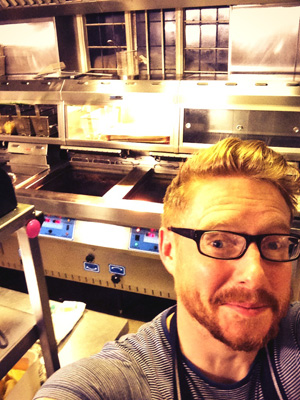 Ross Cameron was born in Cheltenham and brought up in and around Broadway, Ross has always worked in the hotel and restaurant industry since leaving school. His career has always been based in Broadway and as such has made far-reaching moves of up to 500 meters down the road!

Starting towards the top of the village Ross started his voyage of catering discovery Managing the coffee shop that was then known as Garfords. Moving slightly down the village and even crossing the road Ross took up a management training position at the, then Savoy owned, Lygon Arms hotel, where he really learnt his trade as a restaurant pirate, finally ending his time there as Assistant Restaurant Manager. 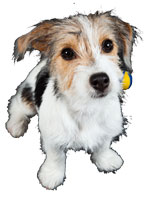 When The Original Russell’s Restaurant with Rooms opened in November 2004 Ross caved in to the pressure of the opportunity of another exciting move further down Broadway High street to become the Hotel Manager. Enjoying his time here for 5 years until November 2009 to pursue his own business (Selling eggs!)

CAPTAIN OF THE SHIP

After three long years of being out of the Russell’s fold Ross has been enticed back to the village he loves and back under the safety of the Russell’s Umbrella. Captaining the Russell’s Fish and Chip ship – @thefishyskipper has been born and he’s very excited about the forthcoming adventures!

THE QUEEN OF THE KITCHEN

Katie has been “The Queen of The Kitchen” since 2014 and has been keeping the home fryers burning hot and fast ever since.

Peep through the kitchen porthole to see her toiling away battering, frying and plating up the best fish and chips you’ve ever tasted! 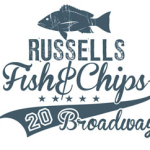